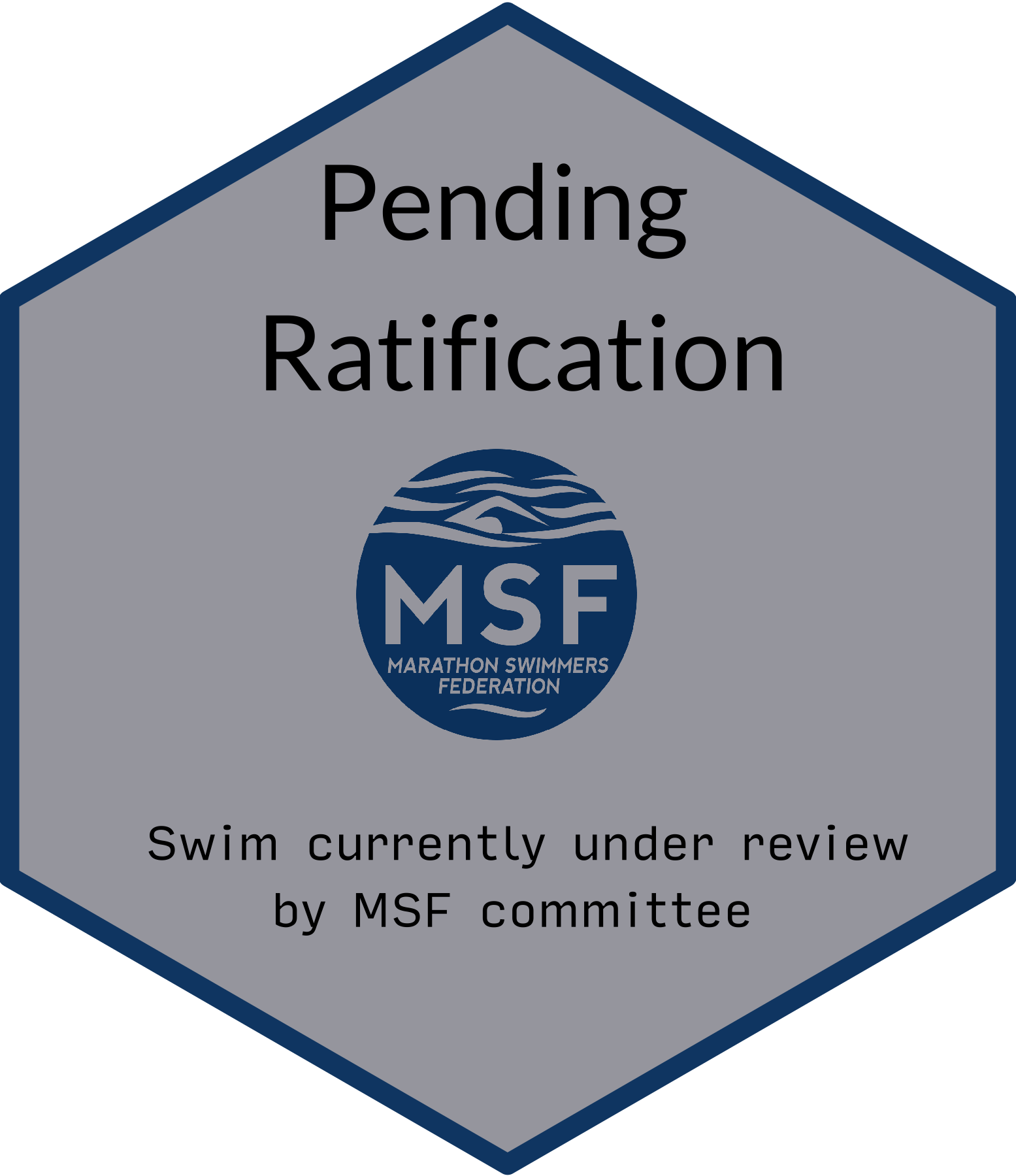 Observed and documented by Conny Bleul

Nutrition: Not indicated by observer.

What inspired you to do this swim?

Angel Island has always been an iconic landmark growing up in the Bay Area. After doing several long swims in the Bay (RT GGB, Bridge to Bridge, Bay 2 Breakers, RT Sausalito, RT Alcatraz, and others), RT Angel has been on my list for the double channel crossing challenge. Because it’s a shorter distance than other marathon swims, it felt more approachable to start with Angel Island as my first observed marathon swim after having a baby.

Please describe how you planned for the swim.

Similar to previous marathon swims (English Channel, Catalina, Manhattan), I built up my time in the water gradually to get to 75% of the distance of the actual swim. I also swam the distance of the swim in total yardage several weeks leading up. I stayed acclimated throughout the winter and spring and swam an average of 4 days/week throughout the pandemic. I also ate and slept well leading up to the swim.

How did the swim go, generally? Did you face any unanticipated challenges?

I woke up at 4am, feeling fairly well-rested. Ate breakfast of peanut butter toast and coffee. Then drove into SF at 4:30am. On the drive, it started to drizzle and my immediate thought was crap, the weather forecast was correct, which meant that a small craft advisory and lots of wind would be a determining factor of my swim. I tried not to think about it. Then I stared at the flags on Embarcadero and noticed that they were sailing in the wind. For some reason all my anxieties seemed to boil up on this drive. I thought about not having my family as my crew – who have been on every marathon swim from the start. I thought about how the conditions could become unpredictable and I wasn’t prepared for a 8hr+ swim. I thought about how my training this past year was so different – no Masters practice, no interval training, and until recently, no access to the Dolphin Club. I had to rely on my open water training from this past year and trust that my foundation would be good enough.

Got to the club at 5am and started setting up for the swim. At 5:46am, I stepped into the water at Aquatic Park and took off towards Alcatraz. The water felt warm (61-64), but the air temperature was brisk (mid-50s) and I could feel the drizzling rain on my back. There wasn’t as much chop at the start so I knew this was my opportunity to maximize the good weather and I lengthened out my stroke and got into a rhythm. I felt good, and at each feed, Terry told me that I looked strong and I was on schedule. Once we sailed past Alcatraz and got to Pt Stuart on Angel Island, I knew conditions were favorable. At Racoon Strait, usually the most challenging part of the swim, the water was calm, and I could sight the island as I passed. I started to feel nauseous at this point – my larger thermos of coffee was starting to catch up with me. So as a good nutritionist, I titrated my feedings – adjusting how much liquid vs. solid food to take in to avoid throwing up. I also counted my pees religiously to know that I was taking in enough fluids.

Once I rounded Angel Island, I asked for my stroopwafel and prepared for the journey home. At this point, the ebb (current away from shore) had started and I really felt it on our way to Alcatraz. But once we got to Alcatraz, I thought that it meant we got past the worst of it, only to

realize that I had had 2 feedings in basically the same spot. Since my feedings were spread out every half hour, that meant I had been moving very little in the past hour. Unfortunately, where I got stuck was the exact same spot I got stuck in 3 years ago. So it became a mental battle to push through what I thought was a futile process against Mother Nature. A couple Dolphin Club pilots showed up as a surprise and I felt the encouragement. My crew suggested I move closer to Alcatraz to find good water and I did! I was moving against the island fairly quickly. But at that exact moment I was making progress, a ferry was approaching and the park rangers told my crew that they needed to pull me from the swim because I was in the way. My observer and swim teammate, Conny, knew I could make it. I just needed to clear the dock and she yelled at me to push harder. At this point, I was 5 hours into my swim and exhausted, but I tried with all my might to kick it up a notch.

Once I made it to the famous yellow Alcatraz sign, I knew I could make it home. Once I got to the cove opening, I was greeted by my family on muni pier. The best welcoming ever! I touched the sand at 12:12pm and enjoyed that well-deserved In-N-Out burger.